Here are some more of these thoughts I have while reading, I haven’t been good at keeping up and posted so there is a back log of comments.  Enjoy!

-Such a waste of bullets

-MC never wears heels but when she does, she walks for over an hour in them.  Because of course she does.  Sadly this part was written by a woman….

-Everyone is poor yet everyone can buy virtual shit in the game?

-Now we get to the whiny cis white het male teenager, but he’s poor and somewhat overweight so we are supposed to relate to him.  Author also added a dash of being bullied so it’s all good. *eye roll*

-That’s smart, light the entire building on fire with everyone of your group inside it

-Tidy romantic ending that solves nothing about the terrible world

-Talk about not being the investigators yet there is a section on her questioning witnesses to figure out if a death is a homicide instead of the detectives. Ugh I hate inconsistencies like this.

-Buddy never thought to control+f his diary for key words that would have solved this entire puzzle in like 5 minutes??  Why are whiny white male leads the main characters again, when they are consistently this stupid?

–[Annoyance that an entire court case rests on the fact that when you fall backward your hands automatically move to behind you, not fly up as if to grab onto something, which I have totally done when I have slipped in the shower and as a result did not break my arm]

-I love how the bully of this story is a large part of why the main character became so good at weapons.  It’s a little sad that only the main character really knows this as well.  I would have loved to have a scene were the MC straight up tells the a-hole that her superior strength is because if forced her to use weighted weapons.

The topic of this post was kindly provided by Trina and her Monthly Recommendations group on Goodreads.

This is pretty self-explanatory, so onto the recommendations!

2. The Inda Series by Sherwood Smith – so, so good!

3. Green Rider Series by Kristen Britain – kind of a cheat here since most versions of the first book are just under 500 pages, but the hardcover is 504!  And the series grows as it goes on with the newest one being something like 800 pages.

4. The Beka Cooper series by Tamora Pierce – can’t have a list without her on it!

5. The Farsala Triology by Hilari Bell – haven’t read in a while but loved it at the time 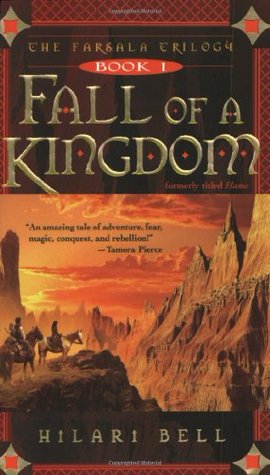 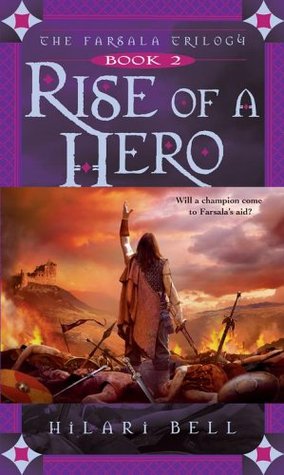 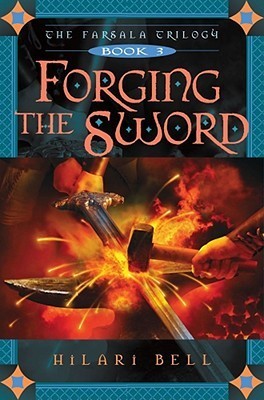 6. The Naming by Alison Croggan – again, haven’t read in a while and sits just under 500 pages, but I thought it was very good when I read it years ago. 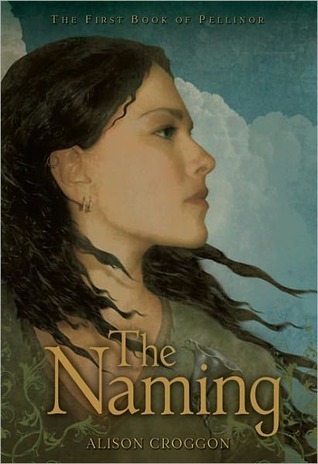 An updated list of books I want to re-read!  There are a lot of them as I’m in the mood for re-reads at the moment!

First, I want to continue on with my re-read of the Queen’s Thief series by Megan Whalen Turner:

Next, I was reminded of the Farsala Trilogy by Hilari Bell recently, and remember loving it and I want to revisit it:

Hilari’s Knight and Rogue series is great for younger readers!

Additionally, I (mostly) loved the Books of Pellinor series by Alison Croggon, who has a new book out.  I didn’t like the last book as much as the others but I want to re-read and see if that has changed:

A carry-over from the last post, I still want to re-read Eon and Eona by Alison Goodman and Ender’s Game by Orson Scott Card.

Finally, I have wanted to re-read this book since I read the second one in this series early this year, to see which I love more, plus I’m told the audiobook is fantastic!

That’s a lot of books on my plate!  Anything you want to re-read?

I hope you want more of my random thoughts while reading because here you are:

-Nice use of designated survivor trope, I want more

-MC can’t drink because ~reasons~ yet drinks anyway and has no consequences?

-Annoyed because I like this book but I don’t

-That’s not how physics works

-“I’m guessing none of us have ever infiltrated an Alien lair before” uh, you guys did that like 5 chapters ago?  I mean, I know the book is dragging at this point but that was a major plotpoint/scene so….

-“Nobody shakes hands in the autopsy suite” I would hope not

-No one else thought the ‘much to learn’ would ever be the planet with schools on it?

-A girl that is good at math!  And is valued by her male peers for it!

-Not enough bullets for this fight, especially since not one talks about reloading

Protector of the Small is my favourite series.  Fullstop.  I love this series and I talk about it and the author all the time.  I recently did an audiobook re-read and while I could talk about this series for days, today I want to focus and review the audiobooks.  Not enough people talk about and review audiobooks and I have been making a concerted effort this year to do so whenever I read by audiobook.

So here we go!

These books were read by Bernadette Dunne and I really liked her narration.  She does different voices and I liked most of them.  Dunne also speaks clearly and at a pace that I can easily speed up the audio and still understand the book.  Not all productions you can do this, though I think most audiobook productions nowadays keep this in mind when recording, or so I’d like to think.

While she does a great job, this is my favourite series and I’m rather picky.  One thing I noticed is some of the emotional cues in the book were not done to what I had hoped for.  For example, in the prologue of the first book there is a scene where Lady Alanna is very angry but the narration doesn’t go as far as I would have wanted and you can barely tell she was angry.  However, everyone imagines books differently and I need to learn to be open to other people’s interpretations.

For part of Squire I read and listened to the audio and noticed there were some (minor) differences between the text and the spoken words.  This at first bugged me but the differences were minor and mostly helped the listener better understand what was happening.  I’m not sure if it was intentional on the production part or due to a difference in what was given to Dunne to read (like a different version of the story), but over all it didn’t matter to the story.  However, those that read and listen might notice and get frustrated at this.

Overall I do highly recommend not only this series but the audiobooks as well!

If there is something you would like me to cover about these audiobooks or others, please let me know!  I would like to be better at reviewing audiobooks.

These are not DNF books because I never got past the 2nd chapter, which is too short of a length to really decide I’m never going to finish the book.  None of these books I stopped because I hated them, it was just the wrong time or I just wasn’t interested in the book.  That latter case makes it seem like it should be a DNF but because I never got a significant portion of the way through the book I consider these books as ‘attempted’ not DNF.  Kind of like the first chapter challenge, you wouldn’t say that you DNF’ed the books you didn’t end of reading because you were determining your next read based on a small part of the book.

Name of the Wind – Patrick Rothfuss

**This one is actually likely a DNF because I got about a page in and decided I couldn’t stand reading another book in the weird 1st person PoV with the weird verb tenses Roth uses.  But I decided this based on less then a page of reading…

A miscellaneous assortment of more pet peeves of mine that relate to books!  Didn’t realize I had so many strong feels about this sort of thing.

1. Double stacking bookshelves.  This is a personal thing, but I like to see all my books, so I could never stack books in front of other books on my shelf!

2. Lack of physical descriptions, or descriptions being told more then 50 pages after character is introduced.  Sure, I rarely ever picture characters (with the exceptions being when there is good cover art of the character, typically hand-drawn art (TP example here)), but I still like to know what they look like!  And not after I have had the chance to picture them wrong for chapters before being told.

3. Vague descriptions of characters.  Similar to above, I hate vague descriptions.  If your character is black, say so!  Don’t hint at things (she is dark/swarthy or his skin was a different shade then mine) in the hopes that your readers will figure it out because everyone will interpret it differently and that is why there are arguments about whether Hermione is black.  Authors/editors might think it will make the characters more relatable because you get to picture whatever, but that is part of why I can never picture characters in my head as anything more then a bloob.

4. When a book does not clearly state that it is in a series and which book in the series it is.  First books will sometimes get a pass if the author and publisher didn’t know at the time there was going to be more, but this is often a rare case, and does not apply when the covers are remade.  I get the reasons for NOT clearly indicating these things: you sell more books.  But you also catch more flies with sugar water then vinegar.

5. Unpronounceable names.  This is a me problem that is based on my lack of language skills and my terrible ability to spell and pronounce unknown words.  Basically I’m talking about names with letters in an arrangement I’m not familiar with because it’s more typical of a language I cannot speak and I acknowledge this is a me problem, a person that learned English from birth and only has a bit of other language experience, but that is French which has similar letter arrangements and predictable pronunciations as English (kinda?).  Now when names are inspired by other languages with different letter arrangements I get confused and don’t know how to pronounce the character’s name and I don’t like it.  But it’s a me problem.

Never Seen A Nevergreen
Create a free website or blog at WordPress.com.